Fans Are Friends, Not Just Followers 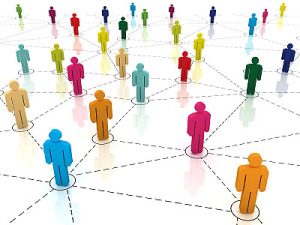 At the end of 2014, Facebook announced that it had an empathy team to help its employees and advertisers realize that the social media sites users’ are actual human beings. Facebook’s director of product design, Margaret Gould Stewart, said, “It’s kind of arrogant to think that the only reason that people exist is to use what you built. They actually have lives, like, outside of the experience they have using your product.” The social media giant has pledged to stop referring to their members as “users” and now refers to them as “people” internally — as part of the effort to humanize the people using their site. This brings up an interesting point that the social media giant is trying to get companies and advertisers to understand, people using the sites are people, and want to be treated as such. This should mean that companies take to heart the “golden rule” and treat others the way they themselves would like to be treated. Think about what you would like to see on your social media feeds as an individual. Do you get annoyed with all the blatant ads that some companies put out? It is obvious when a corporation doesn’t care whether or not consumers are actually interested in their message. Shoving advertising in someone’s face is a good way to get them to look the opposite direction quickly.

We’ve stressed this before in some of our previous blog posts, but it is so important we feel that we can bring it up again, social media should be social!!!!! Companies who get social media accounts because it is “the thing to do” and are only after more followers, likes, fans and sales will ultimately fail in the social media game. While having well managed social media accounts and a large number of followers can lead to an increase in the bottom line, it should not be the focus of your account, but rather a fringe benefit of correctly using social media.

We’re not saying that you can’t do any promotional posting on social media. People expect some of that, but please don’t let that be the only thing you are putting out there. You can still have posts that are industry or company related without being “over-the-top-in-your-face” promotional. 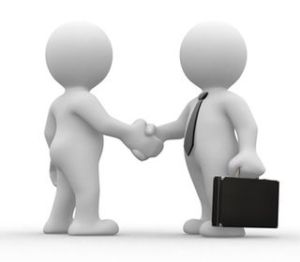 If all of what we have been saying has made your head start to spin, don’t worry, there are people who can help with that. Hiring a good social media manager, either on-staff or a third party contractor, is a must. Social media really is a full time job for businesses to keep up with and should not be passed off to interns or treated as an afterthought. With something as important as social media, you want someone who is dedicated to it full time, actively and meaningfully engaging with your audience. Social media is to the point where if you don’t respond within 24 hours, you really missed the boat.

Think about it like this: if you only heard from a good friend of yours once a week, and they always said basically the same thing, you’d be really likely to stop listening to them and feel annoyed when you saw them. That is what it is like for consumers when company accounts they “like” or “follow” on social media continuously barrage them with promotional posts and advertisements. And if you are not actively using your social media profiles, posting AT LEAST every other day, then there really is no point in having the accounts, because they are not going to get you the results you are looking for.

Running a successful business takes more than just business sense. Whether you are communicating internally with your employees or using online networks to socially connect with your customers, good social media can lead to increases in your revenue and can help keep you connected to your audiences, employees and potential customers.