Headline News: Peanut product recalls, record job layoffs, and an impeached governor caught auctioning off a U.S. Senate seat.  The media is full of savvy reporters waiting to uncover the next big scandal or disaster.  This crisis communications series will provide insight in how to safeguard your organization against reputation disasters after an unforeseen crisis.

Recently an outbreak of Salmonella poisoning linked to peanut butter products led the FDA to discover a contaminated Peanut Corporation of America (PCA) plant in Blakely, GA.  These types of corporate situations place the umbrella corporation, PCA, in a difficult circumstance.  The PCA may not consider themselves directly responsible for the contamination, but the plant belongs to the corporation, which makes PCA responsible in the public eye.

If your organization has no partners, customers, investors, board members, employees, or distributors that could make a mistake you need read no further. If you have no products or services that might prove defective, no need to worry.

For the rest of us remember two main tactics when dealing with a crisis:  Admit to the mistake and make restitution.  These two tactics help you contain potential negative publicity.

Try to be the first to uncover a mistake and release information to the press rather than waiting for the FDA or some other government entity shut down your operation.  You maintain control over the message if you are the first to deliver information on the problem and you provide frequent updates.  The message admits to the mistake, gives details on how the mistake occurred, and delivers a plan of action for correcting the mistake.   Provide as much information as possible to prevent the need for investigative reporting on your crisis.  You can better maintain credibility if transparent, so minimize secrets.

Train a single spokesperson to deliver messages surrounding the mistake.  A single trained spokesperson prevents message confusion, provides consistency, and allows for cohesive delivery of details to each media outlet.

Finally, do whatever is necessary to make restitution with the people who were hurt by the mistake.  In some cases, such as the death of individuals infected with Salmonella, restitution is difficult.  You may need to pay medical bills, exchange products, or provide monetary compensation.  Restitution can be expensive, but not in comparison to large legal suits and continual profit decrease due to loss of credibility (think Exxon Valdez).  You must make restitution with the key publics of the organization as well.  Create a plan of action to address the problem and prevent a reoccurrence.  Then release that plan to the public.

On January 29, 2009, the Illinois senate impeached governor Rod Blagojevich for trying to sell President Barack Obama’s former Senate seat. Individuals, like politicians, board members and senior management, sometimes make mistakes that effect their reputation and the reputation of any affiliate organization. Crisis communication includes the art of apology, which is effective in dealing with individual crises.

The most effective way to handle individual crisis is to combine two strategies developed by W.L. Benoit:  Mortification 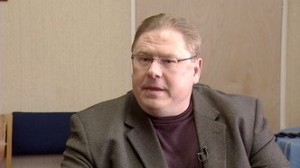 and corrective action. Mortification requires you to admit responsibility and ask for forgiveness.  This tactic will only work if the public believes you are sincere. If the public considers you truly sorry, they will most likely forgive the wrongful act.

Never use a spokesperson to deliver your personal apology to the media. The public will not view a secondary apology as sincere. You may need to have a speech written for you ahead of time, but deliver the speech yourself.

You must take corrective action after admitting responsibility. Address the source of the injury and strive to restore the situation to the way it was before the offensive act took place. Trying to make things right will help restore your image in the public eye. You also must accept legal responsibility for your actions.  Do not try to manipulate your way out of fines, prison sentences, or community service. The public respects someone who accepts the consequences of their actions.  The legal ramifications may be personally difficult, but your company will prosper if you accept the penalty.

When the culprit involved in the offensive act is an employee of your organization the strategies remain the same. The individual may need to be relieved of their position with the company. Then the company spokesperson releases an apology to the public including the consequences the guilty person received because of their actions and the steps the company will make to correct the situation. The company should always take responsibility for their employee’s mistakes.

The media scrutinizes companies forced to take part in the layoff trend, and accuses executives of making too much money or mishandling finances.  If you have to layoff some of your employees, you can reduce negative news about the layoff through effective crisis communication.

First, develop a plan to bring employees back before announcing layoffs.  Let your employees know you have not and will not forget their needs.  You should not give a specific time frame with the current economy, but you can provide a goal. Set up a structure for how much profits must increase for your employees to return. Also, provide them the order in which employees will come back. You should create a channel to contact past employees so they know the potential for their return.

Second, announce the layoff and the rehire plan to the employees first. If they hear the news from a secondary source they will never work for your organization again.  They will become some of your organization’s fiercest opponents.

Schedule a press conference for the same day the employees receive notification.  Release the details of the cutbacks along with the rehire plan.  It is vital that you maintain control of the messages released to the public so the media gets their information from you not from a secondary source. Let the press know the organization cares about its workers and will try to rehire willing employees as soon as possible

Third, appoint a single spokesperson. A well-trained spokesperson helps maintain control of the messages released to the public. The spokesperson decreases media confusion regarding the goals of your organization and details of the layoff.

The economic slump does not have to hurt a company’s reputation. Although crisis communication cannot eliminate a declining economy, it can prevent negative effects on your organization’s reputation due to layoffs.