With similar motives, Kauffman Foundation – 1 Million Cups of Kansas City  and Utah Valley Entrepreneurial Forum (UVEF) have both advanced the cause of entrepreneurs and startups.  Founded in 1989 by local tech leaders, UVEF was among the first three Utah organizations born to support the states growing startup ecosystem. Kauffman Foundation was established in the mid-1960’s by the late entrepreneur and philanthropist Ewing Marion Kauffman, founder of Marion Laboratories.

For decades, both organizations have greatly assisted the local economies in which they exist. However, the massive $2 billion “kick start” by its founder makes Kauffman Foundation the largest American foundation focused on entrepreneurship. KC has a score of other organizations that now feed the entrepreneur ecosystem as I will describe. Similarly, Utah is now served by a raft of cool organizations geared to drive the state’s startups and float the river of success. Some include NorthFront,  MountainWest Capital Network, and BoomStartup, among others.

This past week I joined a fact finding group sent by Provo Mayor John Curtis to explore the world of the Kansas City entrepreneur in hopes of exchanging some great entrepreneur “mojo” that benefits Utah Valley.  I was honored to get the call along with my traveling partners: Provo Deputy Mayor Dixon Holmes; entrepreneur Chris Padilla; and, Startup Building owners Tom & Anders Taylor.

Our first stop in KC was the two year old startup phenom, 1 Million Cups held at the Kauffman Foundation’s sprawling campus. A packed room of attendees representing an amazingly diverse demographic sipped a cup of free Joe and interacted with two successful KC startup presenters from ClaimKit and Venture360. Presenter slides were tight and limited to six minutes. Then, the presenters fielded audience questions for 25 minutes each. A big digital timer kept things moving.  Questions ran the gamut from funding to staffing to legal to marketing to targeting a market. Before and after the one hour program, there was plenty of networking among attendees. While some of us were new to #1MC, I spoke to one entrepreneur who had attended faithfully since inception.

“What began simply as a way for us to connect with the entrepreneurs who were starting companies locally has morphed into a national phenomenon,” said Thom Ruhe, vice president of Entrepreneurship at the Kauffman Foundation. “We started in April 2012 with two entrepreneurs presenting to an audience of about a dozen Kauffman staff. Today, 1 Million Cups in Kansas City regularly draws more than 300 people each week.”

Our team lead, Dixon lead us around KC to Homes for Hackers, a village of startup computer programmers emerging in a reclaimed neighborhood of renovated older homes, not far from downtown. The geek guys we met were brilliant, working on some amazing technology.

KC Assistant City Manager, Richard Usher joined us as we dropped in on OfficePort KC, a reclaimed building in downtown, transformed into a collection of film and video related businesses and state of the art studios for filming and audio creation. And, our guide was none other than KC–yep, there’s a guy named KC in KC at this KC startups facility.

Think Big was the biggest coworking  facility we visited. This facility offers daily use of meeting rooms, desk space and technology access for as little as $15 for one day use. Five usage options accommodate any company needing downtown access, shared equipment, and the synergy that comes from co-location. Our Startup Building’s owners observed these facilities carefully. 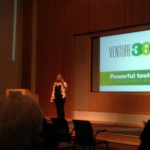 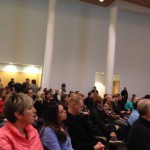 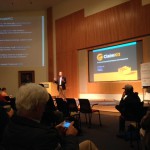 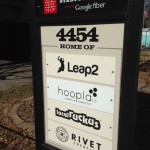 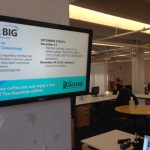 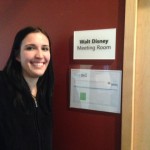 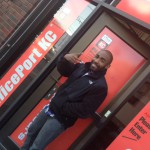 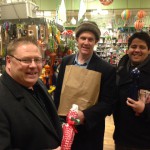 Of course, what December business trip would be complete without little touring of the city lights and some shopping at a local hot spot like Pryde’s. What a fun and enlightening trip. I look forward to continuing my work to grow the entrepreneur universe as I lead PilmerPR, consult with emerging companies, teach entrepreneurs at UVU, and volunteer on local boards like UVEF.