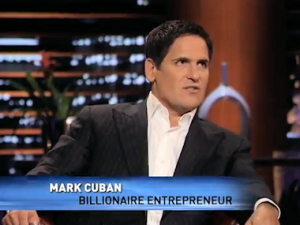 “What’s going on in Provo?”

Mark Cuban of Shark Tank fame invested in Kisstixx, a company I consulted with when they were a client in the Orem CEDO business incubator where I served as board member. I blogged about the Kisstixx party commemorating that event at the time. Good times for Utah entrepreneurs.  Recently, Utah entrepreneur  Garrett Gee, founder of SCAN, appeared on the show. Garrett was an UVEF Apprentice back in 2010 when I was chairman of the Utah Valley Entrepreneurial Forum (UVEF). Again, I was so pleased for Garrett as one the many great entrepreneurs who I could say I had a small part in developing. Lest I boast, I must say there were many wise and savvy folks that contributed to Mike & Dallas at Kisstixx and Garrett at SCAN.

As Garrett stood confidently in front of the Shark Tank tribunal, Mark Cuban asked hime a question, “What’s going on in Provo?” So many contestants from Provo had appeared on the show.  Sub Zero Ice Cream, Mission Belts have also pitched to the mega-mentors on that show. So, Mark Cuban, here are some possible answers to your questions.  In addition to my coaching on the value of Public Relations and Guerrilla Marketing, these entrepreneurs have all been the beneficiaries of coaching from serial entrepreneurs, angel investors, and mentors in a startup ecosystem that’s second to none in the U.S.

So, if PilmerPR and yours truly taught the winners the value of getting media coverage on a show like Shark Tank, it was just a key piece in the overall “awesome” they received as graduates in Utah’s amazing ecosystem of entrepreneurial startups. Go Utah! Go Entrepreneurs!

John Pilmer serves as CEO of award-winning PilmerPR and as a business consultant for emerging companies. He also teaches Entrepreneurship at Utah Valley University.