Your Reputation Management and Listening to Customers 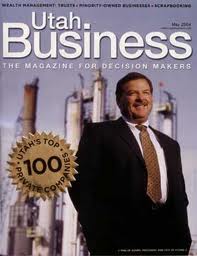 If a bomb went off in your backyard, would you know it? How about if that bomb was an explosion that took place on the internet and the wider it spread the more damage it did to your business and your brand. When would you hear about it?

Organizations of all types and sizes are finding they have to monitor their online reputation closer than ever before. If you don’t manage your brand and listen to your customers, you could be inadvertently losing leads, revenue and destroying your brand.

United Airlines learned the hard way about monitoring their brand and the difference that one person can make. You might remember Dave Carroll, a talented musician, on a flight to Chicago who, from his window seat, watched his guitars get thrown and broken. Carroll wrote a song about United breaking his guitars and within a few days, the video was featured on CNN, the LA Times, Chicago Tribune, Rolling Stone Magazine & the BBC to name a few. Although United apologized, they cannot replace the now 8.5+ million views of the YouTube video that humorously demeans United’s reputation.

If one airline fiasco is not enough to convince you about online brand monitoring; how about Southwest Airlines. You may remember film director, Kevin Smith, who was escorted off a Southwest Flight for being overweight. His Tweet, “’I know I’m fat,’ he tweeted, ‘but was Captain Leysath really justified in throwing me off a flight for which I was already seated?’” to his 1.5 million followers rocked the Southwest reputation management team.

Through vigilant brand monitoring, Southwest responded to Smith’s tweet with an apology in less than 20 minutes. In addition to the tweeted apology, Smith received a personal phone apology, a $100 flight voucher and a seat on the following flight.

In a world of information proliferation and communication at the speed of “now,” there is no room for lackadaisical brand management. No matter if your organization is as big as Proctor and Gamble or as small as a one-man startup, you must know what your customers are saying about you, your products or services, your brand and your industry.

During the last year, my public relations firm started offering clients online reputation management because we realized business owners need and want to know when someone is talking about them. We have been able to land stories in industry leading blogs, high circulation newspapers and influential podcasts all because we listened to what was being said about our clients and our their industries.