Freedom & Flag – What Does 4th of July Mean? 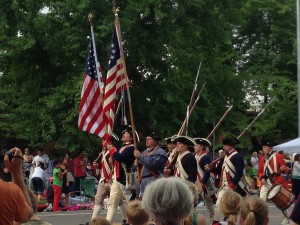 4th of July, freedom and flag. What does it mean to you? What does it communicate? Here’s one PR guy’s opinion.

Recently,  I went to a funeral for a 92 year young member of the  “Greatest Generation,” a veteran of World War II. I touched the flag as it passed, reverently draped over the casket, audience standing in silence. In that hushed moment, emotion welled up from inside, not just for a friend’s passing, but for the millions of flag draped caskets that are the currency and cost of freedom. 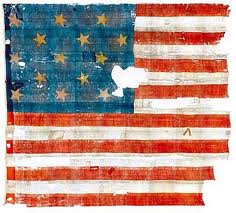 When freedom’s flag goes by in the 4th of July parade (ours was in Provo, Utah) hundreds of thousands of loyal U.S. citizens rise. The ones who understand will have hand to heart, an occasional vet saluting our country’s ensign. They understand. I hope we teach young ones to treasure this symbol of hope, this  flag of freedom.

So, what do I cherish this Independence Day?

Freedom to make wise moral choices and to stand responsible for unwise choices.

Freedom to work for myself or another, succeeding based on my own merits, depending on the family safety net before the government; enthroning free enterprise and entrepreneurship as the engine of a sustainable nation. Everyone able, works.

Freedom of equal protection for all “U.S. citizens” under the law, not based on some special interest or demographic group; an expectation that immigrants are welcomed IF they sign the guest register first.

Freedom of religion, not freedom from religion.  Founding father John Adams once declared, “Our Constitution was made only for a moral and religious people. It is wholly inadequate to the government of any other.”

Freedom of conscience for all. That conscience, well disciplined, serving voluntarily those less fortunate, with generous donation of time & money, but without forced government charity withdrawals from my family’s future.

Freedom to expect my governmental leaders to act honestly, with fiscal accountability to a balanced checkbook just as ordinary citizens. Freedom from fear of enemies both domestic and abroad, without reckless enslavement of the nation to foreign debt.

Perhaps you sense that I think we have work to do this 4th of July to reinstate Freedom and the Flag as an ensign coveted by others. You have the right to disagree; we are FREE to disagree. Happy Birthday America!

What does freedom mean to you?