I first met Jason Mortensen on August 31 as his professor–a week and a half after the surgery that thrust him into the public relations limelight. He had missed the August 24 first convening of the entrepreneurship class I teach at Utah Valley University on Saturdays. I mention these dates for the benefit of those claiming Jason’s viral video viewed by millions is a hoax. I can just see the crazy headline now, “Mortensen schemes up hoax with high-powered PR team.”

Jason is an average college kid, trying to make the grade at Utah Valley University. Also engaged on a couple of entrepreneur startups, he works hard with his wife, Candice, to make a future for their little family. In recent years, this path has been complicated with medical issues involving multiple surgeries and patient recovery.  Candice, knowing Jason’s history of funny dialogue coming out of anesthesia after previous surgeries, thought to capture Jason’s antics in his most recent visit in the surgical recovery room.  Little did she know that this simple iPhone video would propel the couple into the media spotlight on a global scale within days.

Originally posting the video for family members to enjoy, Jason and Candice were amazed to see how interested the general public was to watch Jason “Seeing Her For the First Time Again”  on YouTube. Jason soon found himself getting dozens of calls from national and local media.  Jason sought me out for guidance in handling the media attention. 12 million YouTube views later, Jason has  interviewed on such media outlets as the Today Show , Inside Edition and soon to be aired Dr. Oz. 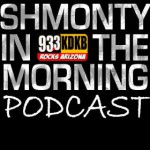 Jason’s openness to spokesperson training made  him a quick learner, highly motivated by his new role as media spokesman.   Jason knew he must learn quickly how to effectively represent himself, his family, his companies, and his faith with the morally centered message of family.

Although some go to great lengths to discount the authenticity of his now famous video, I find the evidence overwhelming to the contrary. For those detractors I also note that Jason is one of the most enthusiastic students in my entrepreneurship class at UVU. However, on that first day we met just 10 days out from surgery, I thought he was a very subdued, uninterested student. Only now do I understand he was just recovering from major surgery and was very tired.

Certainly Jason and I are talking about how best to navigate and guide his current popularity for the benefit of his family. It’s an exciting journey for him to be sure. The unintended spokesperson now has a Forrest Gump – like following. It does happen in real life. There are very likely more interesting chapters to this story yet to be written. Stay tuned.