PR in the News – Re: Terrorism – Ignorance is Bliss

When it comes to terrorism, “ignorance is bliss.” That is the PR in the news from the Associated Press speaking to a Michigan Chamber of Commerce representative regarding where explosive materials are stored in the town of Shelby.  As President Obama follows his public relations script, directing that the war on terror must end, homeland terror threats appear very real if you pull back the sheets. 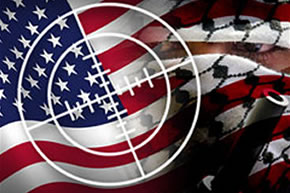 The AP reports that even post 9/11, even post Timothy McVeigh and the Oklahoma City bombing, society in general remains blissfully ignorant of the proximate threat of explosive stockpiles “in the hood.”  AP research found120 facilities “within a devastating blast zone of schoolchildren.” That’s in a cursory search of only 28 states! While the president’s PR message suggests he can dictate the end of the terror threat abroad, a porous border and the country’s internal vulnerability are becoming apparent to those seeing through the press release and speech rhetoric.

While this kind of talk may suggest I am down on PR, marketing, press relations, and advancing “the message”, I am quite the opposite. I’m for transparency, accuracy in reporting, and the private sector leveraging the media machine to spread the word about socially responsible products and services that meet a real need. Yay for capitalism!

Working with our compact radar provider client, SpotterRF, makes me more and more aware of opportunities to improve our security on the home front.  From the interest SpotterRF surveillance radar is generating for protection of homeland critical infrastructure (bridges, dams, airports, power plants, large estates, construction sites, etc.), it would appear some really smart folks are quietly beefing up preventive security against terrorism in the U.S.  (see story)

If the president pulls back from fighting terrorist internationally, some suggest we will certainly find the threat growing here on U.S. soil. Given that McVeigh was homegrown and the Tsarnaeva brothers have yet to be connected to a bigger terror group abroad, I’m thinking we must be found fortifying our internal targets now. What do you think?

100 Top Potential Targets in the U.S.