Environmental PR – New Client – Fish, all of them!

Quick! What’s rising faster than the cost of healthcare? If you said fish prices, you could be right. Rising 8-20% per year, seafood costs are out of control. So, I volunteer to do a little public relations for the fish, some Green PR , if you will.

Here’s a sampling what is fast become unaffordable for the average consumer from my local grocer this week:

The news implicates global warming, under supply, over supply, fish farming, rising demand, greedy millionaires, Omega 3, and most likely President Obama for expensive seafood. And, having been there, I’ll implicate Las Vegas all-you-can-eat buffets! Why should I care? Well, my trainer says of my protein diet, “two legs is better than four, and no legs is best of all” referring to relative health benefits. So, I’m thinking I’ll use less of that costly healthcare if I can just afford the tuna, salmon and the fish oil! 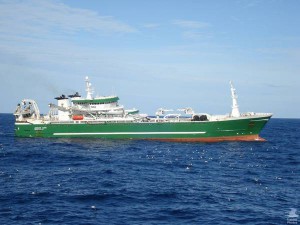 In a poll I previously posted on this blog, 86% blame current fresh water problems on “poor stewardship.” Is this perhaps where we should also point the finger for flaming fish prices? Maybe. The History Channel and National Geographic reported that industrial fishing has reduced the number of large ocean fish to 10% of their pre-industrial population. In their coverage of the fishing industry, The History Channel indicates a modern fishing ship can process one million pounds of fish per day. There are somewhere north of 20,000 fishing vessels over 100 tons in size (source: UN). Can nature keep up with that?

So, who’s watchdog to the fishing industry? Even Mitt Romney admits we need government regulation. So, what about that? Who regulates ocean fishing? Now, there’s the rub. The United Nations takes a role and so do most large countries. But, with most of the ocean dubbed international waters, who’s the real sheriff “round these here parts?”

What about Corporate Social Responsibility (CSR)? Where’s the corporate conscience? Is this solely a matter of supply and demand? Is the CEO as guilty as any government? So, yea, PilmerPR volunteers to be the the Environmental PR firm for fish–all of them!