Paul Allen (the Lesser) and … – Entrepreneurial Roots of Ancestry.com

In my public relations and Utah marketing work with PilmerPR, I’ve passed a hundred times by the business park area where Ancestry.com, Vivint, TNI, and a hundred other emerging entrepreneurial companies started. I’ve done PR consulting and media relations for many of them.  This week Forbes, among many others, reported that Utah-headquartered genealogy software firm Ancestry.com  entered an agreement to be acquired by an investment group lead by European private equity firm Permira for a reported $1.6B. There are back slaps and kudos aplenty as current CEO Tim Sullivan spreads the news and a few large checks with those around the current company.

What some may miss is the opportunity to review the roots of this organization. From here I invite you, the reader, to add to and amplify on what I write here–a little like collaborating with Aunt Jane on your family history. Names like Brad Pelo, Curt Allen, Paul Allen, Dan Taggert, among others float off the pages as you open the history book of Ancestry. These are the gutsy entrepreneurs who grew the company’s foundation, if not, shall we say, roots. 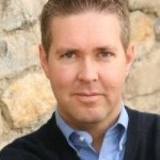 Paul recently moved to Washington, D.C. to make magic for the Gallup organization. He gave up his beloved dream home in Utah Valley to make that move. For me, our valley’s entrepreneurial “mo jo” is the lesser for his leaving. Having served with Paul on the board for Utah Valley Entrepreneurial Forum (www.UVEF.net), I caught a glimpse inside the man who dubbed himself “the Lesser” on his blog to reduce confusion with that other Paul Allen in the northwest.  Utah’s Paul is the first name mentioned in the online history of Ancestry.com.

Wikipedia reports the MyFamily.com website launched in December 1998, with additional free sites beginning in March 1999.The site generated one million registered users within its first 140 days.The company raised more than US$90 million in venture capital from investorsand changed its name on November 17, 1999, from Ancestry.com, Inc., to MyFamily.com, Inc. Its three Internet genealogy sites were then called Ancestry.com, MyFamily.com, and FamilyHistory.com.  Sales for 2002 were about US$62 million, and those for 2003 were US$99 million.

The Paul Allen I first met was years past his entrepreneurial founding of MyFamily and Ancestry’s growth curve. In spite of great worldly success in his pockets, I always found Paul to be humble, even teachable and open to new ideas. His mind spawns new ideas that wise present listeners take note of in his presence, understanding the potential value of his genius. What’s more is Paul loves giving great money making ideas out like Ole St Nick spreading the joy of Christmas. Or, you might call him the Johnny Appleseed of entrepreneurs.

So, as I hear of Ancestry’s mega success, I think of Paul and wonder what awesomeness will be yet be born in his wake.

What color can you add to the entrepreneur family history of Ancestry.com?