Success can come from Failure, even in Public Relations

We are all familiar with the old adage, “If at first you don’t succeed, try, try again.” There have been many throughout time that started off as what would be considered a failure. For example, Thomas Edison, failed 1000’s of times while trying to create his light bulb. 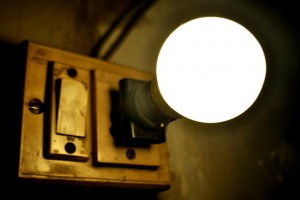 When asked about it by a  reporter, he said, “I have not failed 1,000 times.  I have successfully discovered 1,000 ways to  NOT make a light bulb.” This reminds me of what it takes to truly be successful in public relations.

It’s not a matter of whether or not you will fail, in some way we all fail now and again; it’s what you do after. Perseverance and dedication are what make people great. Bill Gates actually said, “Success is a lousy teacher. It seduces smart people into thinking they can’t lose.”

Let’s take a look at people who were told by others that they were in some way, a “failure.”Teleios live streaming movie

·         Michael Jordan was cut from his high school basketball team 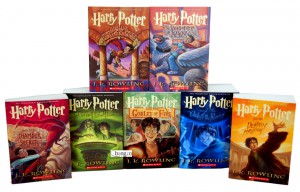 ·         J.K. Rowling submitted Harry Potter and the Sorcerer’s Stone 12 times to different publishers before someone accepted it

·         Bill Gates and Steve Jobs both started off with and dealt with failure plenty while building their fortunes…can you imagine the world without Microsoft or Apple?

Seems like we’re in pretty good company when we fail, doesn’t it?

Each of us has the capability to become someone great, to change the world with what we can do. Can you imagine trying over 1000 ways to make a lightbulb? Most people get frustrated when one or two attempts fail. Think of what the world could be if we all just kept at it, determined to make our dreams come true.  Failure is not the end of the road, it is a roadmap to success. Einstein defined insanity as, “doing the exact same thing repeatedly and expecting a different outcome.” One of my favorite quotes from Edison says “if we all did the things we are capable of, we would astound ourselves.”

Your public relations efforts will not always be successful the first time around,like those great people before you might fail. However if you keep trying you will succeed, even if you have to call in the experts. When you try something in a campaign and it doesn’t work, make alterations and try again, don’t throw the whole idea out. There is not a successful company today that doesn’t use public relations in some way.

So don’t give up on your media relations, reputation management, SEO or social media pr if you aren’t successful the first time around. Try, try again! And contact us for help!